SCROLL DOWN TO VIEW MORE PROJECTS.
Hello.
My name is Daniel Berg-Johnsen. I am a graphic designer living in Portland, OR.
Below are a few of my favorite projects that expand on graphic design in other mediums I wanted to showcase.
Scroll to bottom to find my website and instagram for more.
Illustration
ILLUSTRATION 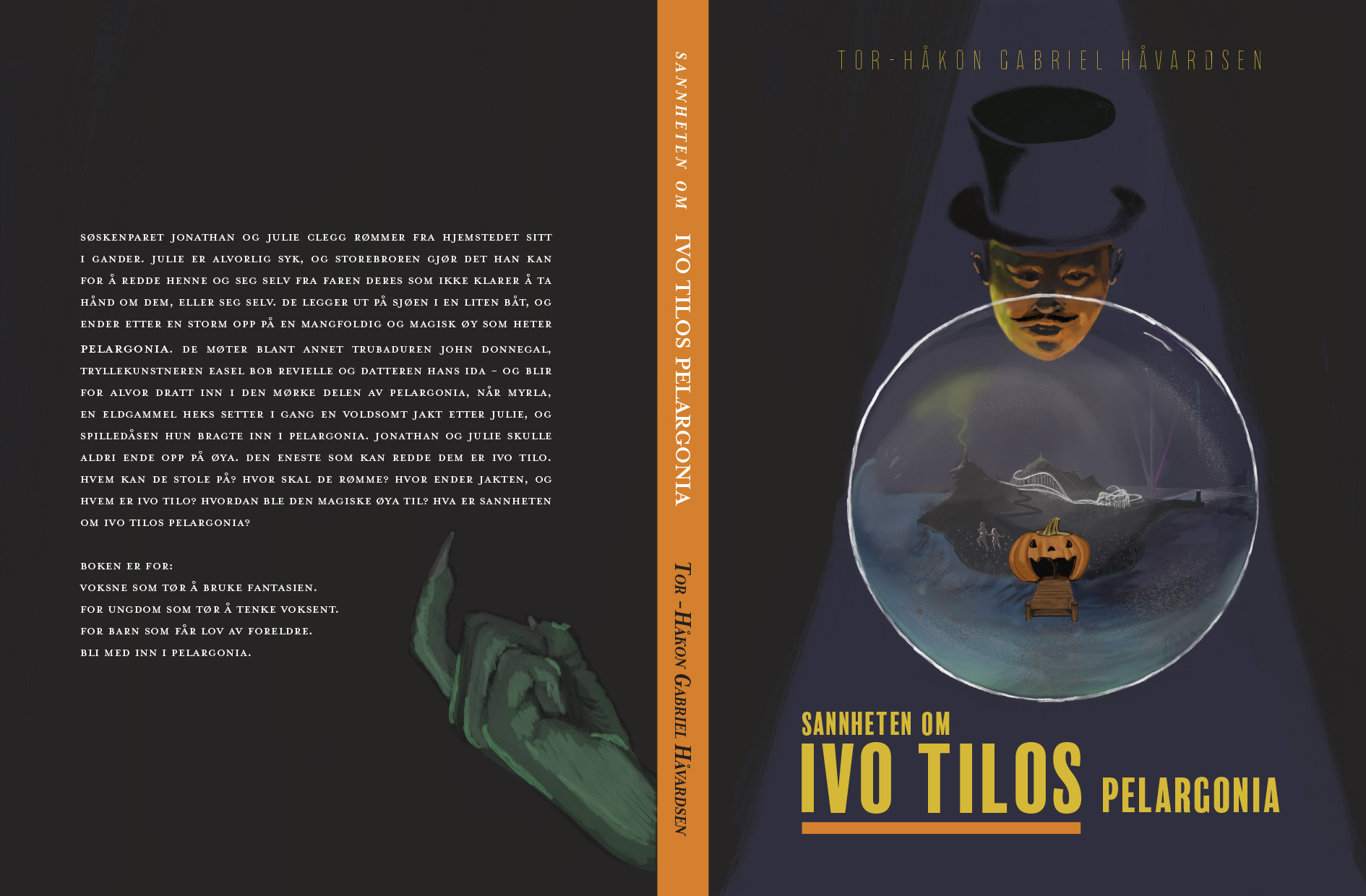 Ivo Tilo is a Norwegian young adult novel about Jonathan and Julie Clegg, a brother and sister who land on Pelargonia, an enchanted and diverse island. I was approached by the Håvardsen (author)and worked closely with him to create a cover that visually captured what he had in mind when writing the novel for his young boys. This was Håvardsen's first book that he self published. He has now gone on the become a very successful author in Norway, appearing on several national television programs for his literature. 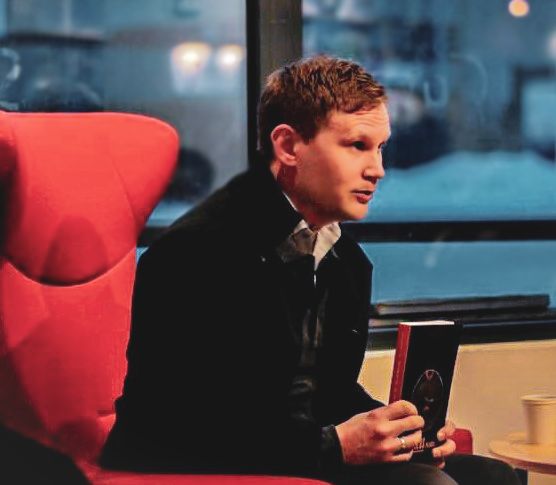 The video above is the final product that is displayed on the digital signage. This was assembled and edited in photoshop. I then took all the according layers and brought them into After Effects to create the final animation.

OH!K is a Korean counter service restaurant tucked away within a trendy shopping mall in Melbourne Australia (QV Melbourne) serving only a select few dishes.

I was able to help them by creating a personalized motion graphic for their business. The owners noticed that even though they were selling their popular dish (bibimbap), a lot of guests were eating it wrong. They wanted some way to show the customer the best way to eat the dish. The original solution they had was to record a video overhead preparing, mixing and dressing the dish. They filmed it using an iPad and looped the footage on a big tv above the counter. Arkim (the architecture firm that designed the space) hired me to help them create the motion graphic piece that would match the premium interior space Arkim had designed for them. 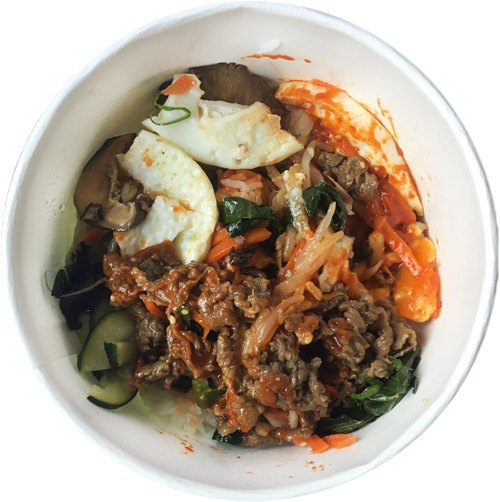 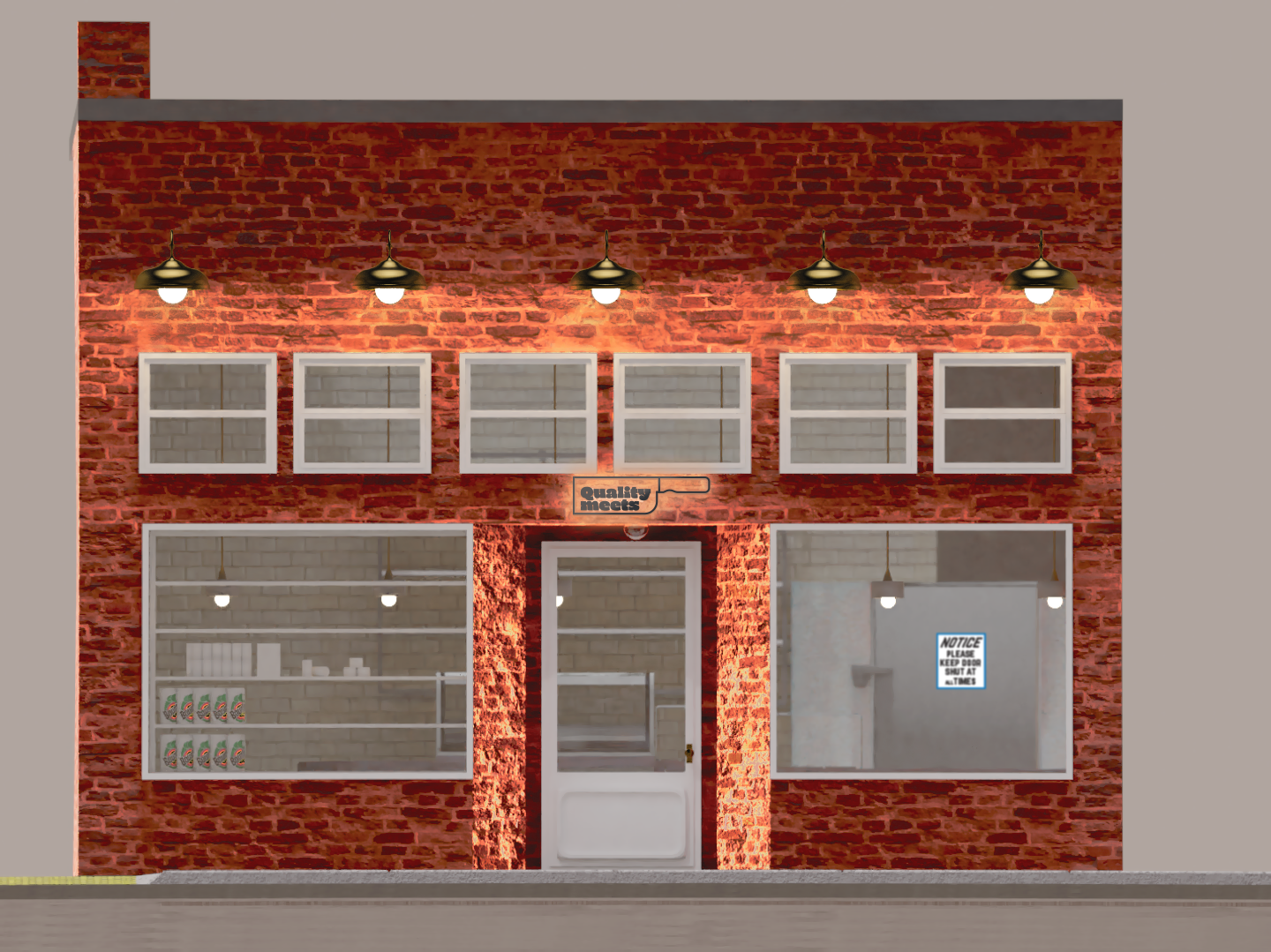 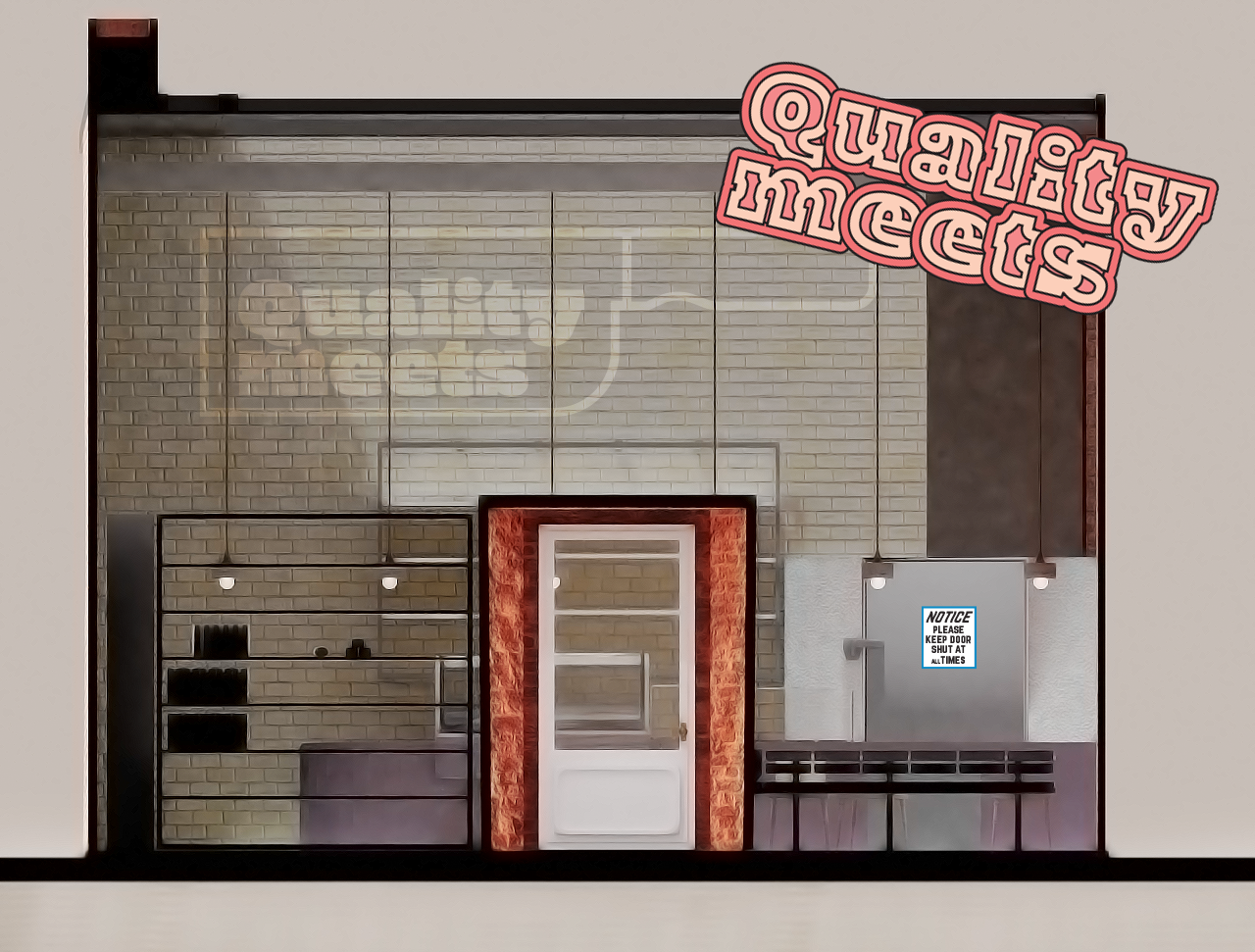 Above are some renders I created for the front half of the business. The concept of the bar would be to have two spaces operate independently from each other but also utilize each other. The front of the business would be a fully functional sandwich shop, that would be the kitchen for the hidden bar behind it.

The shop would be open for lunch service and also late night when bars let out. The restaurant would have a hidden bar tucked behind the walk in fridge. To get in the concept would be to order an off menu item from the deli. If the bar is open, they would let you in through the walk in freezer. If the bar is full, they would simply let you know the item is sold out and let you know when they will have it back in.

Quality Meets is a passion project that I had wanted to do for a very long time, but didn’t know how to approach it. This project is  a culmination of several ideas coming together over the years. Being inspired by east coast delis growing up in New Haven, hidden bars on Saint Marks in NYC, and even a tiki bar in Melbourne hidden behind a sandwich shop.  I always wanted to design a speakeasy bar hidden behind a walk in freezer door.
‍
In March of 2020 when we went to stay at home orders, I knew I wanted to focus my extra time on learning new things and expand on my art. This was the perfect time to teach myself Blender and learn 3d modeling. I have included this as an example to showcase my persistence. I am still learning and still working on the project as there is so much to expand upon. After doing design for more than 10 years, I still love to learn new software and it’s never too late to learn something new. 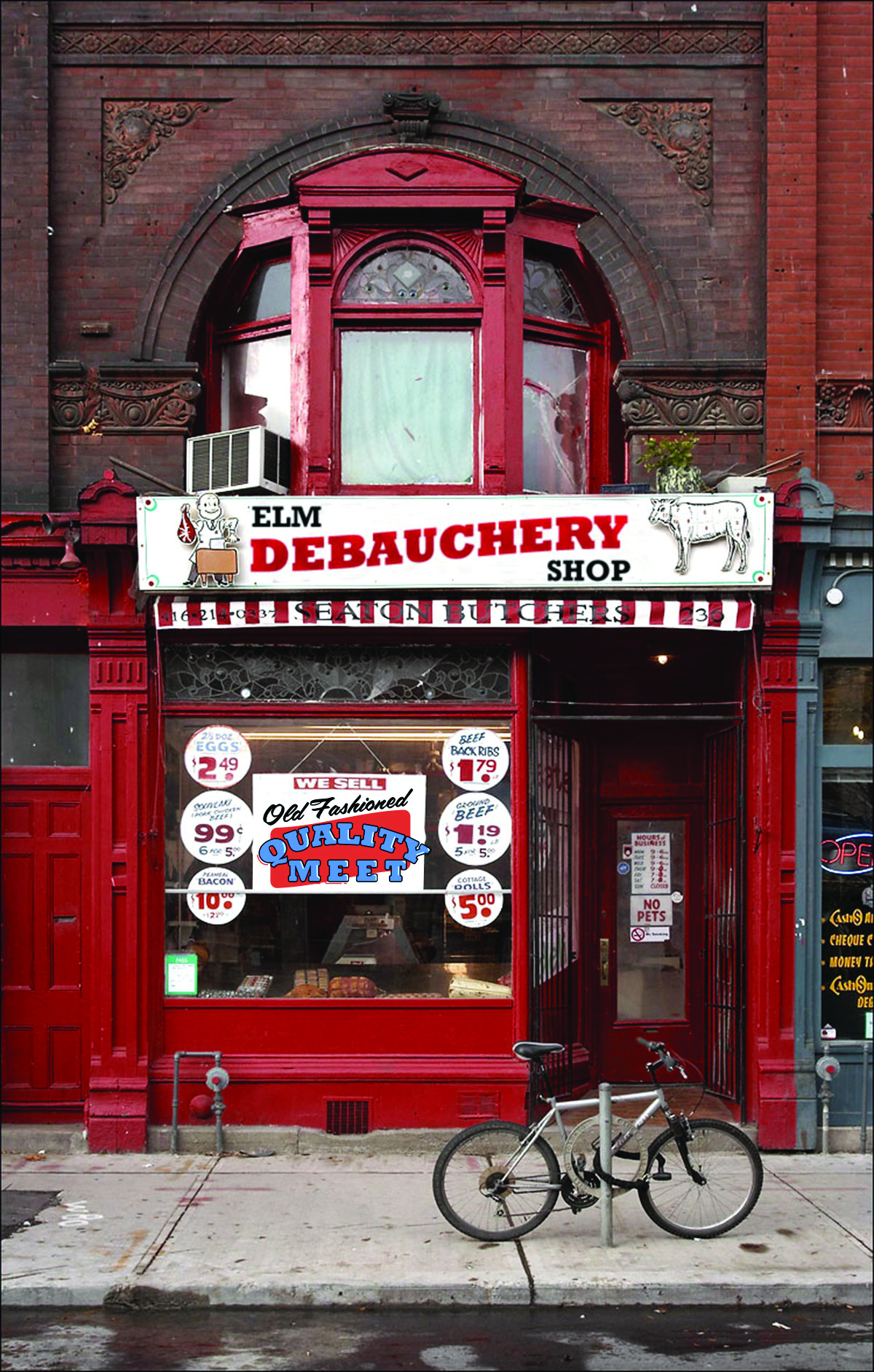 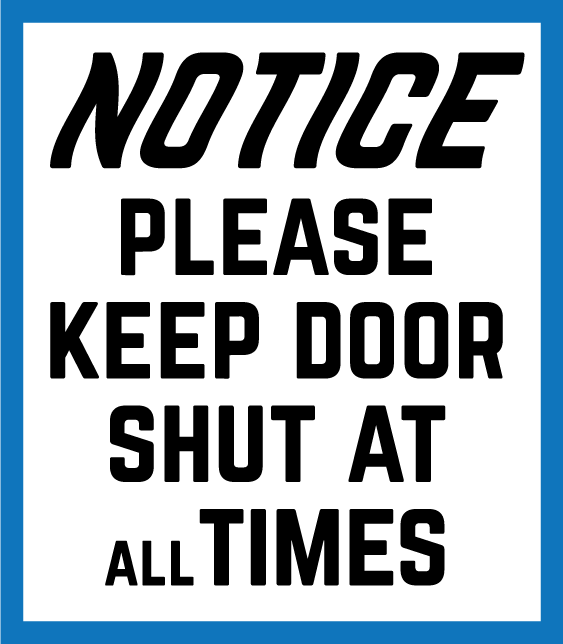 To see more of my work check out my instagram